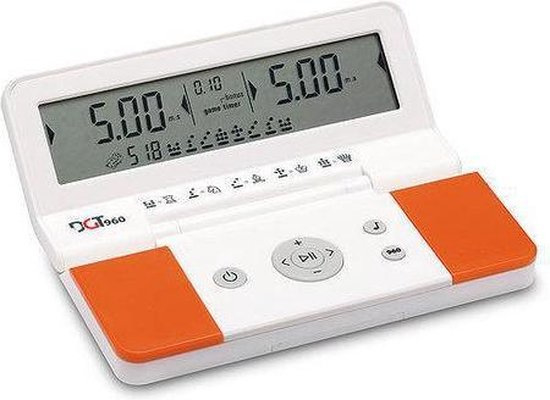 This game timer was developed as a handy foldable pocketsize chess clock with a Chess960 randomizer to automatically generate Chess960 starting positions. Chess960 was introduced by Bobby Fisher. In 2009 the Presidential Board of the International Chess Federation FIDE accepted the rules for Chess960 (or Fischer Random Chess) as the only other variation of chess and included it as an appendix to the Laws of Chess. In 2013 DGT changed the colors of this clock from white/orange to black/red.