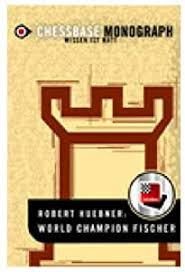 All world champions take up an important place in the history of chess, however, hardly any of them has achieved such a popularity outside the chess scene like Robert Fischer. In his short heyday, he did incredibly much for chess. We know the Fischer clock, Fischer victories (i.e. winning by a large margin), the Fischer disease (opponents falling sick after losing several game in a row) and finally Fischer random chess. Yet his masterpiece, of course, are the many brilliant games.

All featrues at a glance: