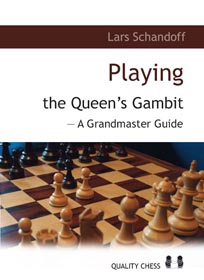 The principled way for White to build a repertoire after 1.d4 d5 2.c4 is to play the critical main lines. Take as much space as possible – no compromises. That is Lars Standoff’s attitude and so his choice is clear:

The Tarrasch, Chigorin, Albin and all minor lines are also met with the same vigour - this is a complete White repertoire after 1.d4 d5 2.c4.

Lars Schandorff is a grandmaster from Denmark who is renowned on the international circuit for the depth of his opening preparation.