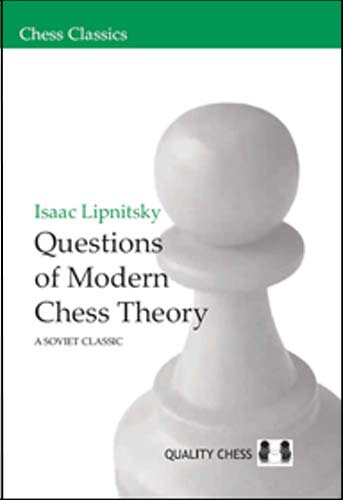 Questions of Modern Chess Theory is the lost masterpiece of Soviet chess literature. It was written by a 2-time Ukrainian Champion, and published in the Soviet Union in 1956. Russian experts say it is one of the most influential chess books of the 20th century, yet it was never published in English.

Isaac Lipnitsky was a major player on the Soviet chess scene just after World War Two, strong enough to take the scalps of Keres, Smyslov and Petrosian. He would no doubt have been a household name had he not tragically passed away at a young age in 1959.

The missing link between Nimzowitsch’s My System and chess today, updated for the 21st century.